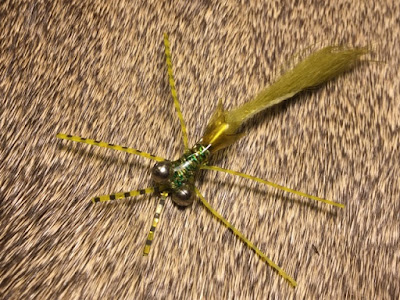 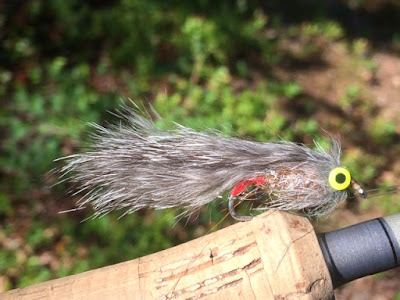 A good pattern to imitate small bait fish.
Keep in mind that these flies fishes best if you tie them to the leader with a loop knot

Material
Hook: Kamasan B200 size 8-6
Thread: Black
Weight: 10-12 laps lead wire under the body
Butt: Fluo orange or red flossilk wound down a bit to the bend and then varnished.
Body: Copper and silver icedub or flashaboudubbing. 50/50 mixed.
Wing: Gray speckled, chinchilla, zonkerstrip. I attach it in front of the butt and then i wrap the body and then fold the zonker strip over the body and attach it. Secure the wing with a drop of super glue.
Front body: A bundle of  zonker hair. Scattered and twisted in a binder thread loop. The loop is then wound forward to the hook eye.
Eyes: Fluo yellow  or orange epoxyeyes. Glued with a small drop super glue and covered with UV resin. 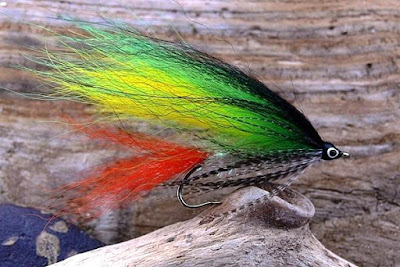 This is a pattern that I developed many years ago.
Unfortunately, it has fallen a bit into oblivion over the years and drowned among all new designs that come with all new modern materials.
When I developed the pattern, I looked for a sustainable patterns that managed some fish tough fishing during the cold time of year in my fishing for rainbow trout and sea trout.
It served me very well for many years. 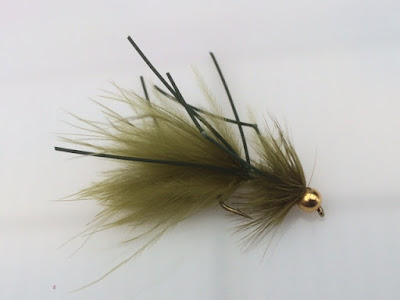 I have over the years become a big fan of rubber legs of my flies. Rubber legs adds motion and dynamics. In flies that mostly are made of marabou, I think Rubber legs stand out a little extra

Here is a pattern on a damselnymph that i like
Hook: Kamasan B175 size10
Gold Head: brass or tungsten. 3,2mm
Thread: Olive
Tail: Olive marabou and four dark green or black rubber legs
Body: Olive dubbing and two or four rubber legs
Hackle: Olive rooster hackle.
If you want to, you can tie knee joints on the rubber legs
Upplagd av Unknown kl. 08:33 Inga kommentarer:

Something new, something odd. 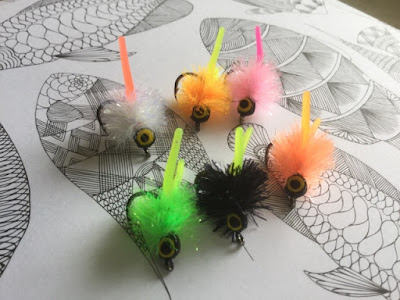 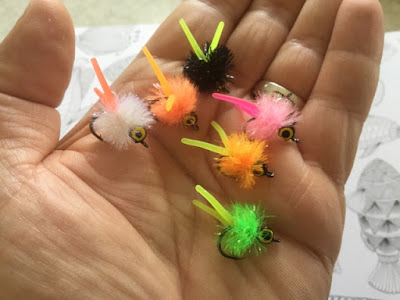 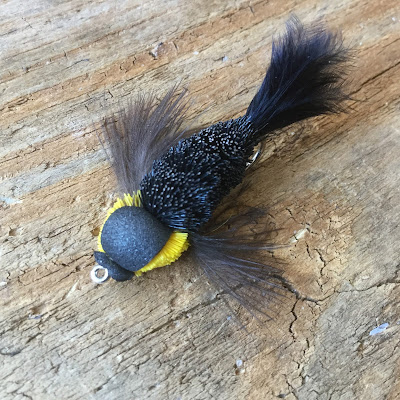 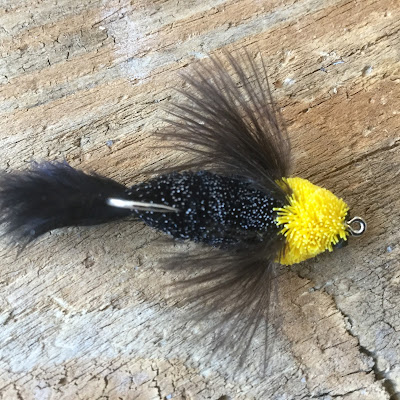 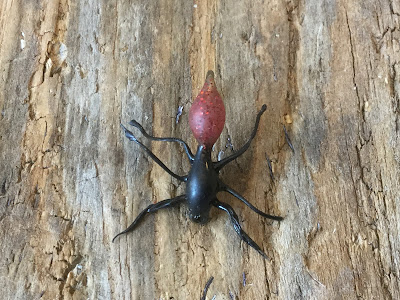 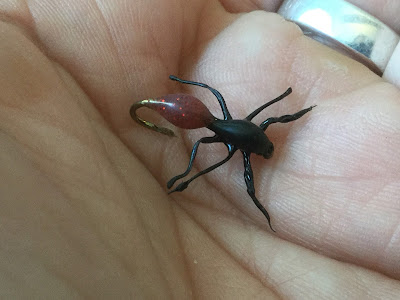 An experiment with materials.
Body and legs of hot melt adhesives.
Small pieces cut from glue sticks heated to the hook with a lighter and then formed by twisting and turning the hook while glue hardens as it does in about 30 seconds.
The legs are a little tougher to get hang on.
Small, tiny beads of hot melt melted on a dubbingnål or similar then attached to the body of hot melt glue, pulled out and kept in possition while it solidifies.