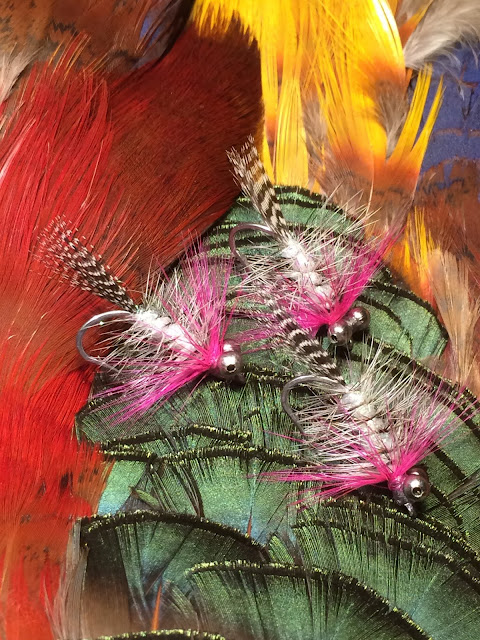 This is one of the flies that I love to tie on the leader when it is time to hunt seatrout on the coast and the watertemperature only is only a few degrees above zero. Often it can pay out well to go down a bit at the size of the flies when the fish is a little cold stiff.
Pink hackle also makes the fly stands out a bit and is easily visible to the fish. 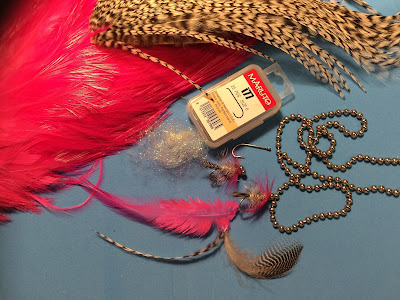 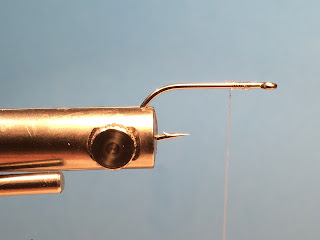 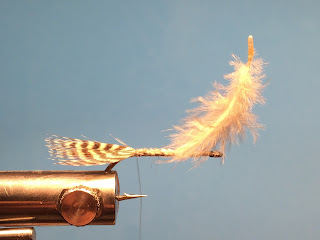 2. Take a smal grey mallard feather and tie it in as a tail.
The length of the tail should be about half the hook shank length.
Cut away the rest of the feather 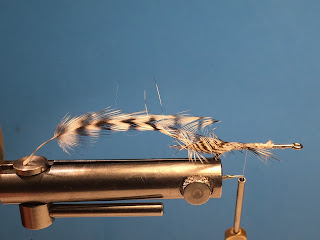 3. Attach the tip of the Grizzle hackle 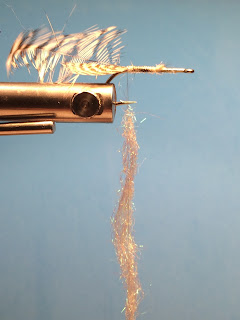 4. Dub the thread with some Pearl ice dub. 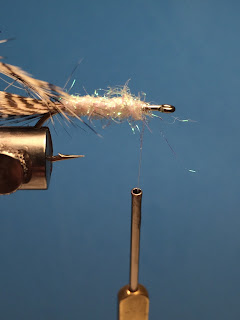 5. Wind the dubbing so it forms a slinder body.
Be sure to leave about 1/4 of the hook shank free so that you
have space for the front hackle and Eyes. 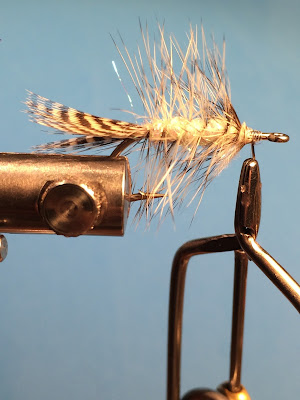 6. Then, wind the hackle 6-7 turns evenly spread over the body.
Attach and cut of the rest of the hackle. 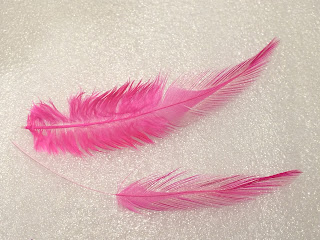 7. Prepare the pink hackle by taking away the softest
part of the feather. 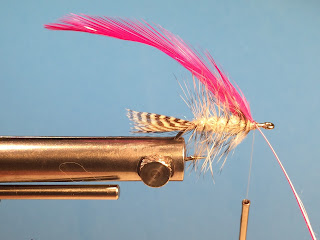 8. Attach the pink feather in front of the bodyhackle. 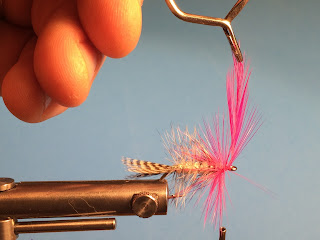 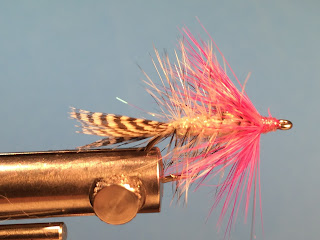 10. Form a solid base of thread for the Eyes. 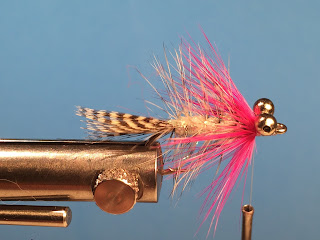 12. Attach the eyes with figure of eight turns with the thread. 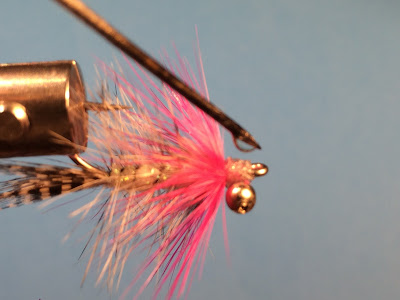 13. Finnish the fly with a drop of superglue.