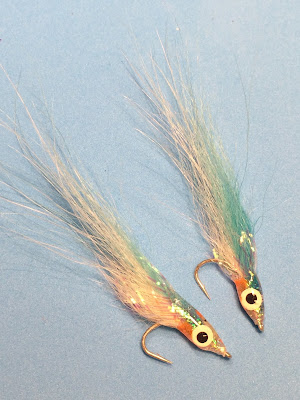 Polar bear bait fish is a safe card for sea trout when they are chasing bait fish.
The main material in the fly is the polar bear. Fur from polar bears have a perfect shine and frizz. Polar bear may be difficult to obtain and when you purchase so remember to check that it comes from serious suppliers who have certificates for trading with polar bear. 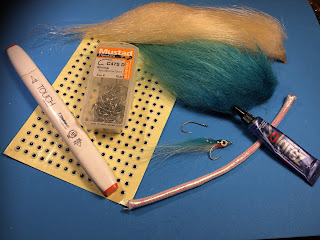 Material list
Hook: Mustad C47S size 4
Thread: Clear mono nylon thread
Body: Groundhair from a stack of white polar bear hair.
From the same batch that should be used to the wing.
Underwing: A narrow stack white polar bear hair were the undercoat has been removed.
Overwing: Kingfisher or light blue polar bear hair. The same procedure as for the underwing
Head: Medium mylar tube
Eyes: 4-5 mm 3D epoxy eyes. Here i have used glow in the dark Eyes.
Head/body coating: Solares UV Resin Thin or any kind of UV Resin you like. But i Think that Solares is one of the best UV resins on the market. It cures fast and easy and it is 100% tack free.
Bellymark: Fluo orange or red permanent marker pen 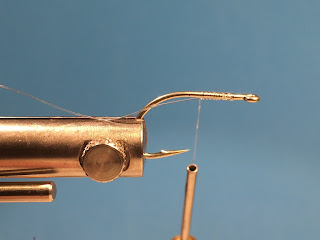 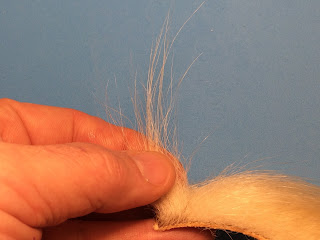 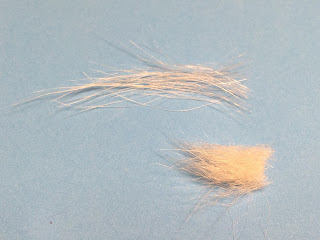 3. Remove the under coat from the bundle.
Keep bouth bundles of hair 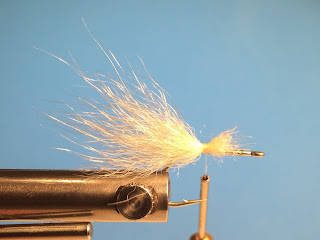 4. Attach the bundle with under coat as a body or or should we call it a belly insted. 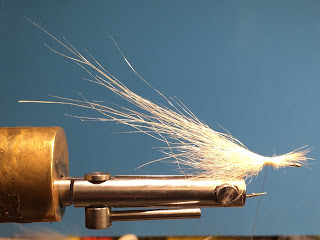 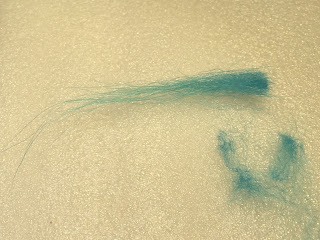 6. Prepare a smaler bundle of the blue polar bear hair.
Remove the under coat and keep the top coat hair. 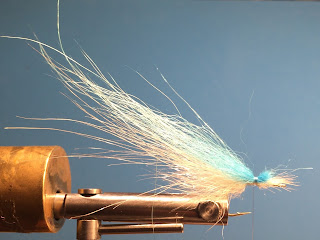 7. Attach the blue hair as a over wing.
The over wing will be a few mm longer than the under wing. 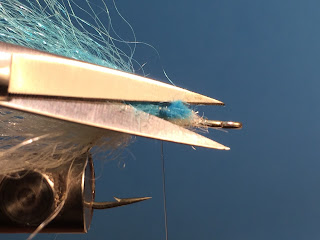 8. Trim off the remains sticking out from of the wing material. 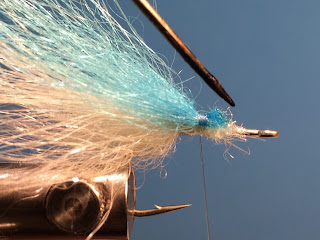 9. Secure the wing with a dropp of superglue and some tight turns of tying thread. 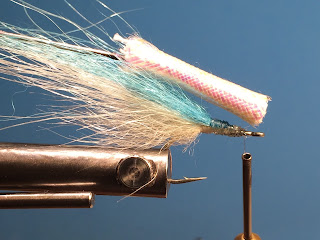 10. Cut a piece mylar tub with approximately twice the length of the hook shank.
Attach the thread and cut it of 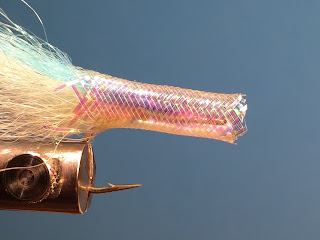 11. Clean the mylar tubing from the core and slide it over the hook so that it
covers a bit out over the wing and belly. 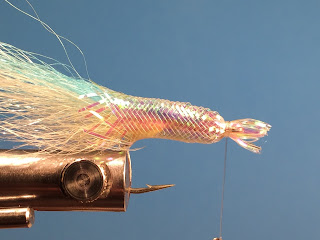 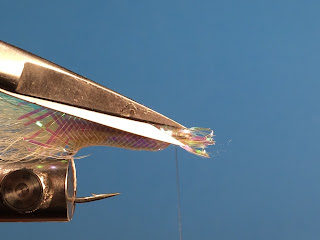 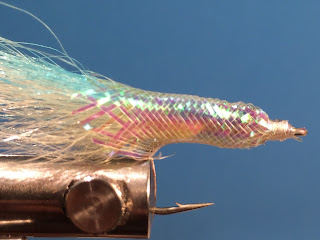 14. Fasten thread. Cut the thread and secure it with a small drop of super glue. 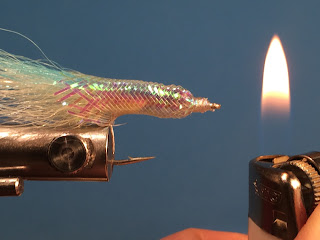 15. I usually burn off the extending parts of mylartuben that were difficult to cut of. 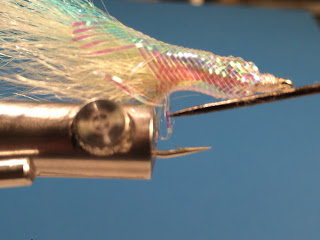 16. Poking up the mylar tube at the hook bend with a needle or similar. 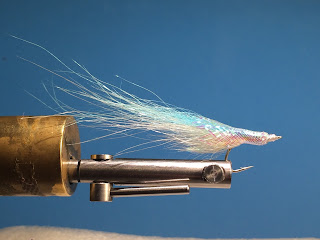 17. Now it´s time to finish the fly by building a head with eyes by using 3D epoxy eyes and UV resin. 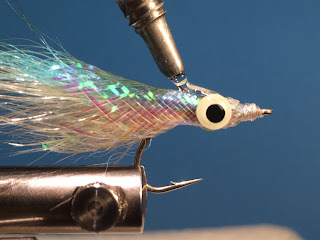 18. Place eyes on the side of the front body. I like to use luminous eyes.
After you have secured the eyes cover the frontbody with a coat of UV resin. 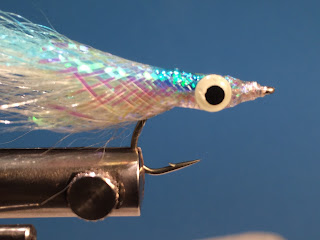 19. Make sure it´s even spread around the front body. 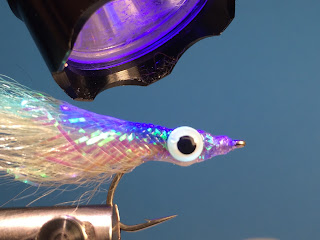 20. Secure the resin with a UV lamp. You light ned to coat it with a second later of UV resin. 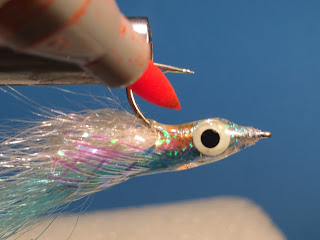 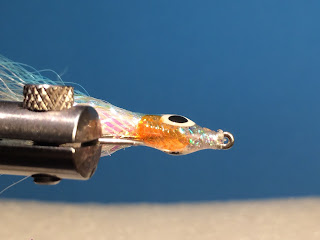 22. Make sure that you dont paint over the eyes. 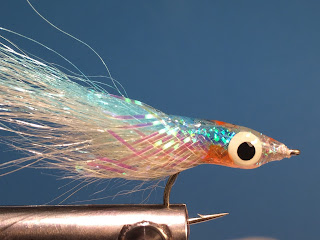 23. Add a nother layer of uv resin and cure it with the lamp.
Now you have finished a sustainable and efficient small fish imitation.
Of course you can use other colors of polar bear hairs and you can add some flash or any kind in the wing if you want to. 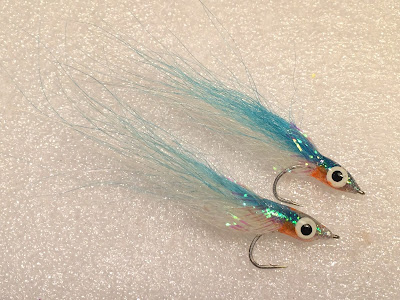 20. Ready to take down the predators